Greer  (girl next door, shy, well-educated, impressionable, trusting)
“Political princess”, is a very shy-timid-stand back and don’t get attention kind of girl. She did aggravate me in the beginning when she wouldn’t stand up to her snotty cousin Abilene. I mean grow a backbone! Her first kiss went to the president and her virginity went to the vice president, Not too shabby.

“The secret he keeps, the lies he tells.”

Maxen Ashley Colchester (Ash) – (Dominant, ruthless, deviant, enigmatic, heroic)
Is a Lieutenant, war hero and current president. Ash is a submissive girls dream! loves to be in control and takes pleasure in his partners’ submission and to some extent her embarrassment… oh no Bueno!
Not for me but definitely a well-written character.

“You belong to yourself and you belong to me, and I don’t fucking care that it seems to be a contradiction because we both know it isn’t.”

Embry Moore – (Prince, secretive, seductive, aloof, reckless)
Comrade to Ash and vice president. I did do the whole, “you should pick Embry!” He is the typically polished bloke who hides scars that helped get him there. He’s very smooth and aloof and definitely my pick out of the two.

“You dropped this,” he said in that sophisticated purr, a purr that belied money and education and privilege. (EMBRY)

Despite being war veterans, this love will be the hardest battle they’ve faced yet… A well written and intriguing love triangle that’ll keep you interested all throughout. 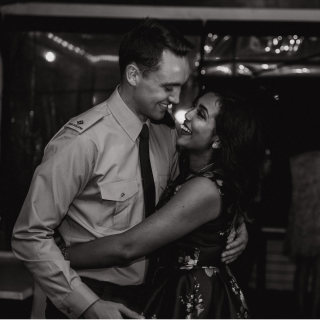 Hi there, Welcome to my wonderful & weird blog! Here you'll find bits, blobs & blebs about home cooking, books that I am reading and other things I fancy.